Interview: G(P)RC – How GRC drives Performance in Banking and Finance

Michael: Owe, What are the challenges you see that financial services firms are facing?

Many banks are focusing on performance, and they tend to define key performance indicators that are lagging in nature, meaning that they are recorded post-event.

From the perspective of a technology vendor, the most common challenge is to have a holistic view for assurance purposes. For instance, in a supervisor audit, they seek a complete assurance portal for compliance purposes. And many banks and insurance companies struggle to go from digitalized unstructured data like MS Word and PowerPoint into what we call real digitalization with structured data quality processes orchestration for the entire GRC domain. The NFR, or non-financial risk domain, is becoming so complex that it is very hard, or even impossible, to govern, manage, and assure a holistic GRC program without professional GRC software in place. However, the lack of a model for non-financial risk and how it affects performance is basically, a risk.

Owe: Having an inaccurate model is preferred over a non-existing model. We need to always improve, and that’s also a core principle in GRC — continuous improvement.

Michael: You brought up the acronym I love so dearly, Governance, Risk Management, and Compliance. What is GRC from your perspective?

Owe: I have adopted your definition of GRC, and I tend to communicate it as a toolbox to achieve performance objectives. For me, GRC is a wide umbrella that addresses everything that we can think of within the GRC domain. We have seen different acronyms lately, IRM for instance; it basically boils down to GRC. Many will think of GRC as governance, risk, and control, reflecting SOX and financial controls, but we believe in the wider definition of GRC. We believe that technology is an enabler for GRC, and it will not solve GRC on its own. We need people, processes, other tools, data for the holistic picture, and the technology that enables everything.

From the perspective of a technology vendor, the most common challenge is to have a holistic view for assurance purposes.

Michael: The reality is when organizations approach GRC, it’s almost backwards. Maybe we should call the acronym ‘CRG’ because it usually starts with compliance. They might move into risk, and down the road maybe hit governance. So, GRC becomes a compliance exercise, and then maybe risk management. Governance is often sidetracked and forgotten.

GRC is really about the reliable achievement of objectives. It is about those objectives, and those can be entity-level objectives at the highest level of the organization. They can be division, department, process, project, or even asset-level objectives. So, we’ve got different types of objectives, and governance about reliably achieving objectives while addressing the uncertainty, the risk to those objectives. Compliance should be the follow-through, not the starting point. That’s why I find Corporater so fascinating. Corporater started as a performance management solution, and then build risk in that context, and compliance in that context. So, you differentiate yourself out there to financial services firms and other industries by being that top-driven performance management focus. So, what is performance management from your perspective?

Owe: From our perspective, performance management is the capability to execute a strategy and achieve objectives. Performance in different areas of the business could be financial stability, increased profitability, compliance-related performance goals, resilience, and assurance. The list is very long, but on the top level, we can measure performance in the financial domain, strategic domain, compliance, resilience, and assurance, but compliance is the driver for governance and risks. For example, individual accountability and conduct – it’s a regulation in multiple countries and actually, mandates governance. So, in order to stay compliant with the senior manager regime in the UK, we need to have this proper governance around the senior managers. Another example is that we need to adopt a risk management system to stay compliant in different industries. For instance, banking and finance. So, it’s very much driven by compliance.

For instance, in information security, there is a standard called ISO 27004 in the 27001 series that is a collection of different performance metrics for measuring the performance of the information security program. This is the most operational way of measuring our GRC program but all of these measurements can be aggregated up the chain of the program and expressed as operational, tactical, or strategic key risk indicators or key performance indicators. It all relates to the relationship between GRC and performance management.

Many will think of GRC as governance, risk, and control, reflecting SOX and financial controls, but we believe in the wider definition of GRC.

Performance is all about achieving objectives. Governance is about consistently achieving goals, and a part of it is about performance. Let’s take an analogy – what is the purpose of breaks in cars?

The purpose of breaks is to be able to stop the car but the primary outcome of breaks is actually to go fast. We may push on the breaks of a car as a passive risk manager, but as a business-aligned risk manager, we will reduce the uncertainties for the business to move faster. In credit risk, for market liquidity concentration, there is a more direct relationship between risk and financial performance, but in the non-financial risk domain, it’s more subtle and intangible. It is an ever-changing domain that spans the entire organization, both horizontally and vertically. For example, an information security program that is not performing will pose a risk to the bank that might have consequences for performance on many levels. Many banks are focusing on performance, and they tend to define key performance indicators that are lagging in nature, meaning that they are recorded post-event. They show what has happened and in most instances, we cannot do anything about it. But in the risk domain of leading indicators, key risk indicators, if designed correctly, will show the indicators of the likelihood of something happening and the consequences for your performance if the scenario materializes. So there’s this cause-and-effect relationship between the operational, tactical, and strategic domains. We can call it the value driver tree with early warning detectors. It’s an intrinsic model that can be digitalized to achieve business value or principled performance at many levels.

Michael: This sort of comes together in what you call GPRC – Governance, Performance, Risk, and Compliance. Can you go through this a little more for us?

Owe: Soon after I joined Corporater, I wrote a blog and I gave it the title, ‘Emphasizing the P in GRC’, trying to align performance and GRC for a way forward to talking about this relationship. We have been using the acronym GPRC ever since, and it has been adopted by many companies since then. It makes perfect sense with your definition of GRC, and the principled performance. I’ve heard that you considered using the ‘P’ in the acronym when you helped establish GRC, is that right?

Michael: Yes, and that was all part of what you’ve already referenced, principled performance, which is one of the terms from OCEG. But, as much I feel that the definition of GRC and the acronym of GRC holds water, and is good, I think adding the ‘P’ to it right now sort of right sizes this. Too often for companies like financial services firms as well as other industries, it’s really ‘CRG’ and not ‘GRC’. I think adding that ‘P’ further emphasizes the performance aspect of it, and unpacks that governance piece further to get people thinking in the right perspective instead of backwards thinking.

Click here to watch the replay of this episode. 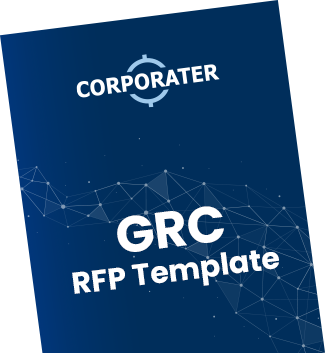 What is GRC (Governance, Risk, and Compliance)?